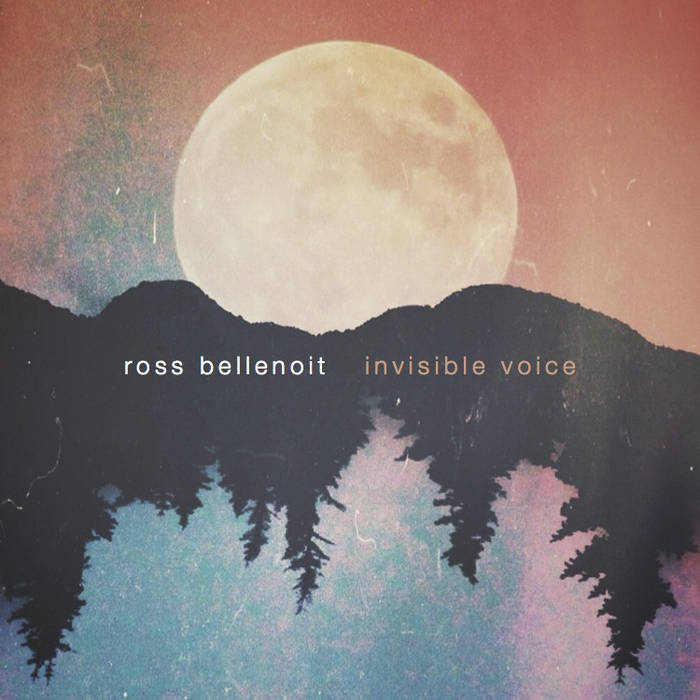 The record opens with a lush folk sound and launches into the details of all the narrator’s many wrong moves, concluding that in the end, “love’s a terrifying force that’s always standing in your way.” The Jeff Lynne-Tom Petty catalog influences the mid-tempo pop chestnut “I’m Already Saying Goodbye” with the revelation that “it’s not the time or the season for any reason at all.” In the Dylan-inspired “Bad Year”, amidst all his obvious accomplishments, the songwriter is quick to apologize for his dark frame of mind: “…if i seem angry or sound insincere, it’s just me trying to cope through another bad year.”

Though Bellenoit is himself a highly respected producer, after interviewing top producers across the city, he turned to Jeff Hiatt to produce and engineer Invisible Voice at Turtle Studios — the first time Bellenoit has entrusted another producer to sculpt a sonic vision for his songs. Harmonium, bass clarinets, recorders, strings and more form a rich sound that’s equally organic and ambient, reminiscent of Daniel Lanois’ production work, a strong influence on both producers. A supple percussion bed is laid down by two of Philly’s most creative drummers, Tom Bendel and Anwar Marshall, recording together in real time, recalling Jimmy Page’s acoustic catalog. Bellenoit’s work follows in the tradition of Richard Thompson and Bruce Coburn, unusually skilled guitarists who are also iconic troubadours, although Joe Henry and Peter Gabriel are more direct influences on his music.

Bandcamp Daily  your guide to the world of Bandcamp

Benji B talks about his new compilation ‘Deviation Classics’